Click here to view this topic in its original format 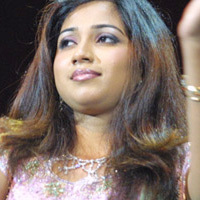 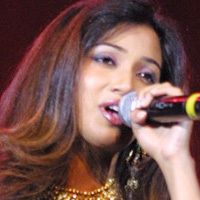 Initially, Shreya Ghosal was to sing two songs for Ustad Sultan Khan’s album Ustad And The Divas. But due to time constraints, Shreya had to let go of one song though she would rather not reveal which one it was. But ‘Le Jaa Le Jaa Re’, the song she has rendered with Ustad is currently a rage and is a hot favourite on the music channels.

Excerpts from the Interview:

Tell us something about the song Leja Leja.

Le ja has a folk colour to it. Even the term ne moiye is pahadi. But Radhika Rao and Vinay Sapru have shot the video in a contemporary style. The emotions are subtle and in the right proportion. It catches the attention of the audience.

How was it teaming with Ustad Sultan Khan?

This is the first time I’ve collaborated with him for this album but this is not the first time I’m sharing the mike with him. Khansaab is composer Sandesh’s guru and I met him at various recordings. In fact, I sang with him in films but those songs and films were unreleased. So, when Sandesh approached me with this concept I loved it. There’s magic in Ustad’s voice. It is honest, knowledgeable and at the same time erotic. I am honored to be a part of his album. I have a classical background but never performed a full on classical and this inspired me. Ustad would always be in the studio when I was recording my part or dubbing for it. The best part about him is though he is learned and a senior, he’s very jovial and friendly.

It’s nice to hear your voice in something different other than film songs.

It will take people by surprise. Everyone’s familiar with my film songs and sometimes they even predict that so and so could be a Shreya composition. But an album evokes a different curiosity. I want to release my own album, but earlier whenever I had plans they didn’t materialize.

How do you feel being called a diva?

I feel it is an added responsibility. I prefer being a musician than a diva. A diva is just the effect, as people think this is one term associated with anybody who is popular in the field of music and is a female singer. I will have to do quite a lot of things to look like a diva,” she smiles.

Yes it was quite eventful. There was ‘Pal pal...’ from Lage Raho Munnabhai. It’s a very romantic number, it was differently arranged. The acoustic was subtle, hats off to the composer. Also for the first time I’ve got the chance to sing for A R Rahman in ‘Guru’ the track ‘Barso re’ which is unlike anything that I have sung before. Also there are other tracks like ‘Kehta hai’ from Baabul and songs from Salaam-E-Ishq, which have a nice feel to them. I am showcasing various moods in my singing and that is what makes the experience all the more interesting.
Courtsey of MIO.
© Copyright 2006 by MusicIndiaOnLine.com